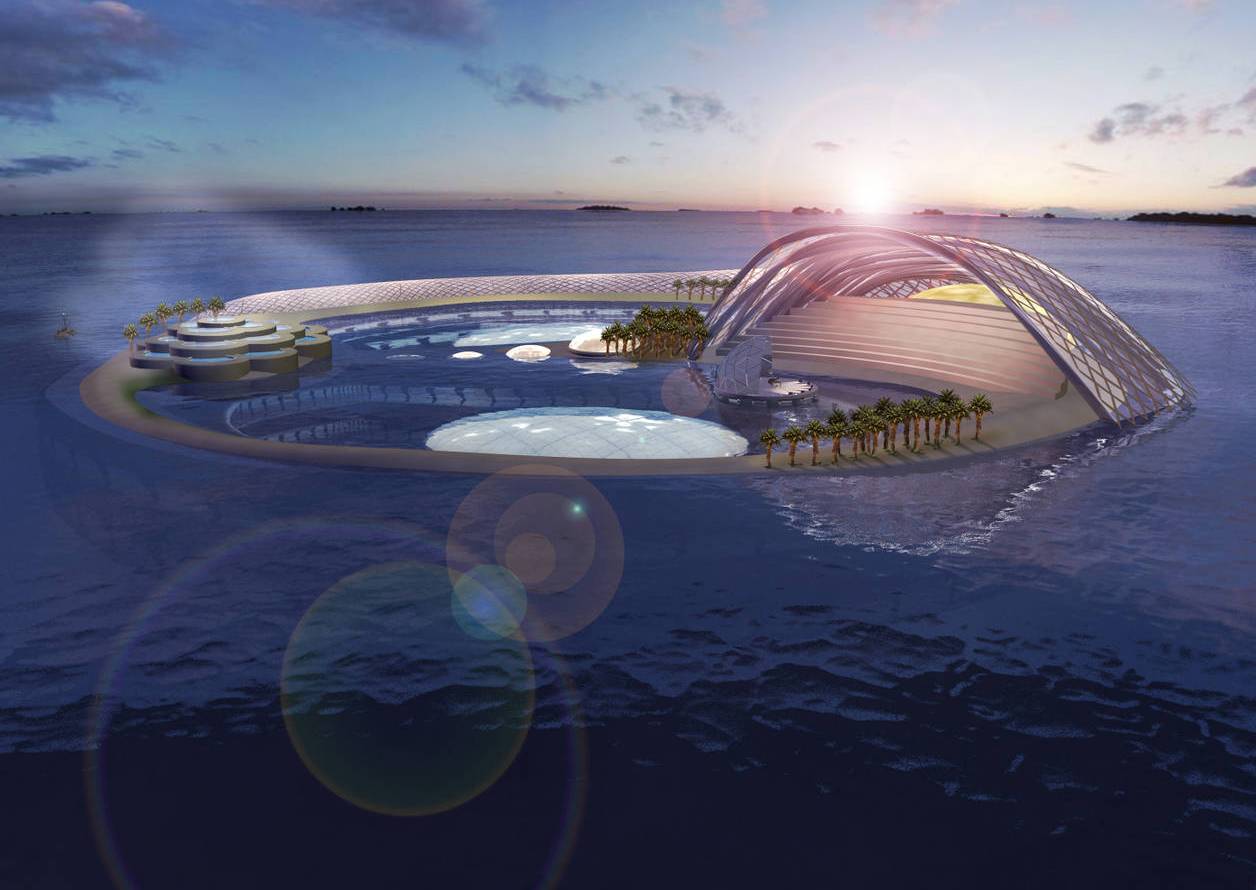 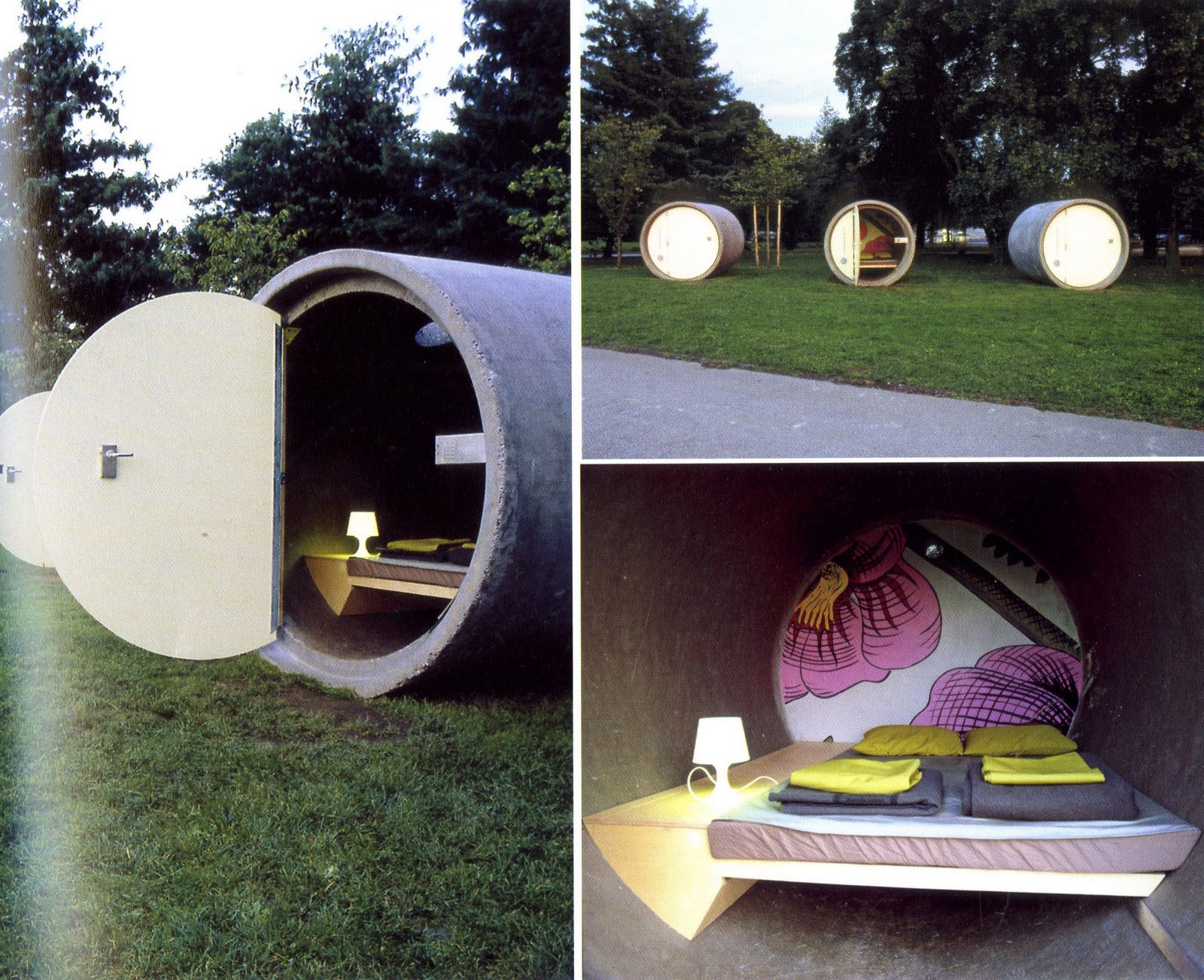 This is about as strange as it gets. In a quaint public park in Lintz, Austria, three drain pipes have been transformed into mini hotel rooms. Christened the Das Park Hotel, each room comes with a double bed, a bed light, linens and a side table .The guests can pay what they feel a stay in the room is worth. As for amenities, guests have to use the park’s public bathrooms and dine at nearby restaurants. The hotel rooms are supposedly decorated with a few cozy amenities and items that might remind one of home.

The “rooms” even come with electronic key locks which can only be opened with a key code; this ensures that all of your belongings are safe while you visit the local attractions. This is no doubt a great idea and an ingenious rethinking of the uses of something as simple and not very attractive as a drain pipe. However, people with claustrophobia are warned to consider the ramifications of sleeping in such tight quarters. The hotel is open between May and October, and anyone who fancies a quirky night in a bizarre place, really should check this one out!

Dubai is famed for its unusual hotels, but the Hydropolis Underwater Hotel takes the idea of interesting hotels to the extremes. The hotel is 20m below sea level in the Arabian Gulf, off the coast of Jumerah. Constructed on a budget of 300 million pounds, visitors to the hotel will have to take a train through an underground tunnel to reach the lobby. 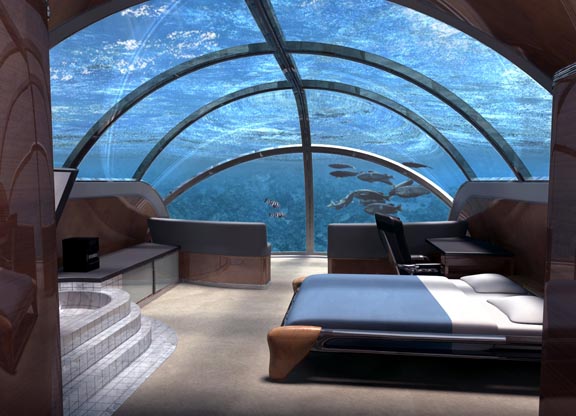 The resort covers a mammoth 260 hectares which is almost the size of London’s Hyde Park. The upper storey of the land station houses numerous facilities including a cosmetic surgical clinic, a marine biological research center, and conference centers. The sub-marine leisure complex houses 220 suites with a single night costing upwards of £300. 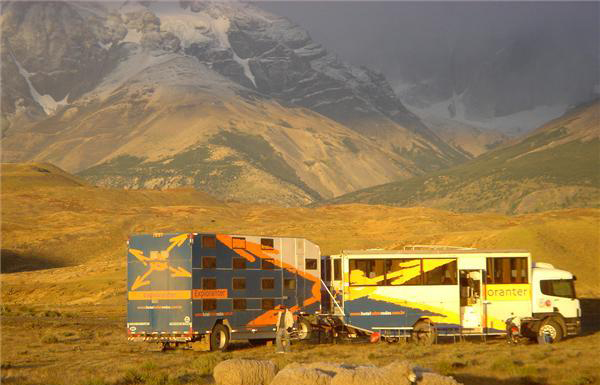 If you are the type who likes to explore the land in detail rather than camping at a single base or visiting tourist attractions, then this one is for you. This strange hotel on wheels is based in Sao Paulo, Brazil, but makes its way through Brazil, Chile and Argentina. 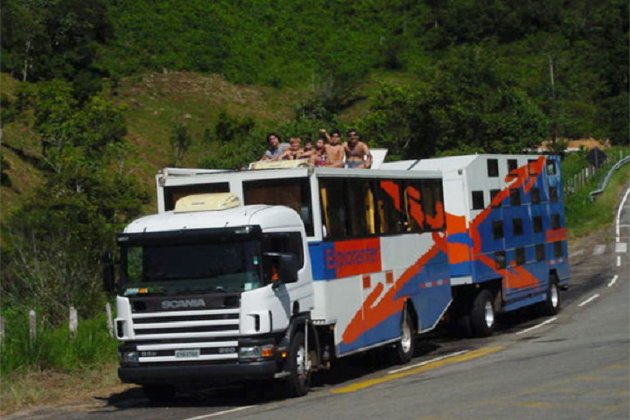 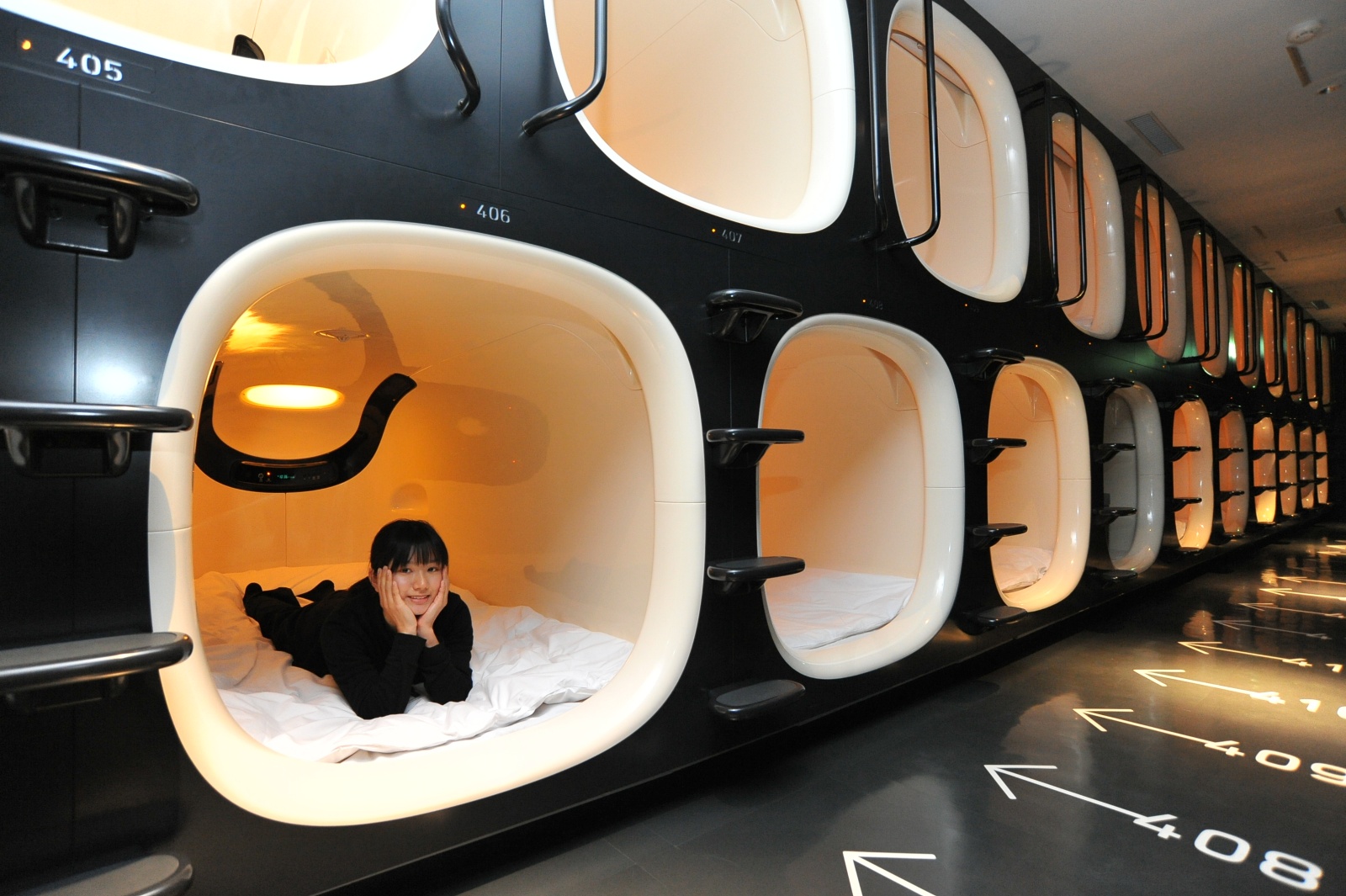 The Japanese are famed for their unique culture which blatantly contrasts with the west. Everything from their fashion sense and customs bears a distinct cultural stamp. Tokyo is ranked amongst the most expensive cities in the world, however, an increasing number of hotels in the city are shedding the extravagance tag and embracing quirky and individualistic themes. 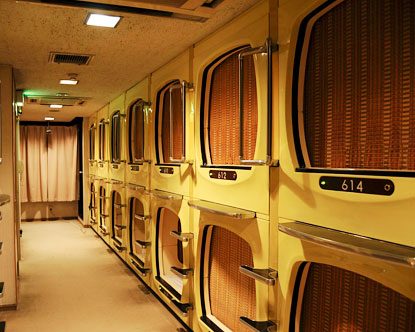 A capsule hotel room is crafted out of reinforced plastic and is inspired from a jetliner’s cockpit. All of the required amenities such as adjustable lighting, TV, radio, and clocks are kept within your reach and everything can be controlled while in a reclining position. This bizarre hotels features Wi-Fi access, a café lounge, storage space and best of all no closing time, which means you can check-in and out as you please. The average capsule hotel charges 4,000 yen (£17) per night which is quite cheap considering regular hotels charge anywhere between 8,000 to 12,000 Yen per night. 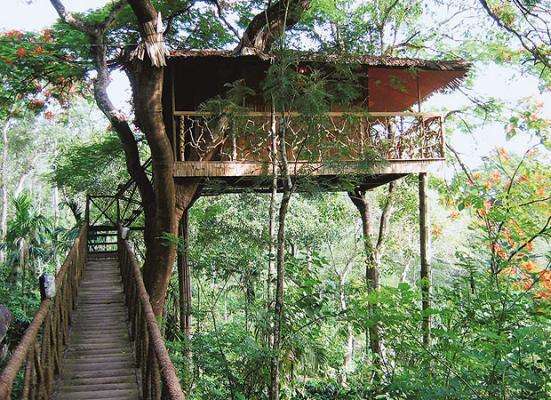 Wild Canopy Nature Reserve is located in Masinagudi, India. This hotel feature tree houses that are built in massive Jamun trees. Each tree-house is about 40 feet high and features amenities such as hot and cold water and Jacuzzis. There are however no televisions, radios, or phones. 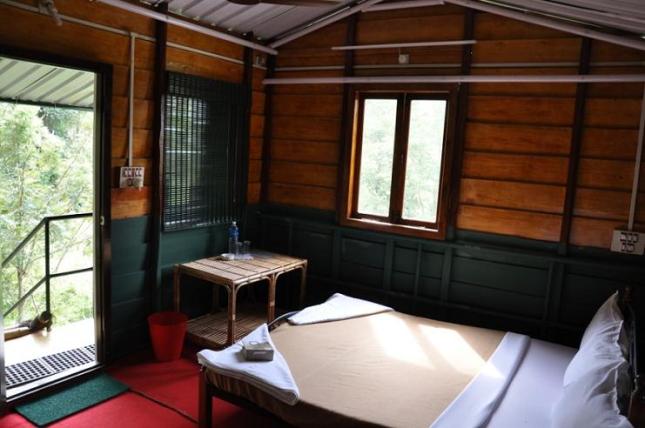 Visitors can either relax, or head out on a trek or safari. The estate is nestled in the foot hills of the Nilgiris mountain range and is almost 150 years old. It was originally the hunting lodge for a British soldier who was stationed nearby.